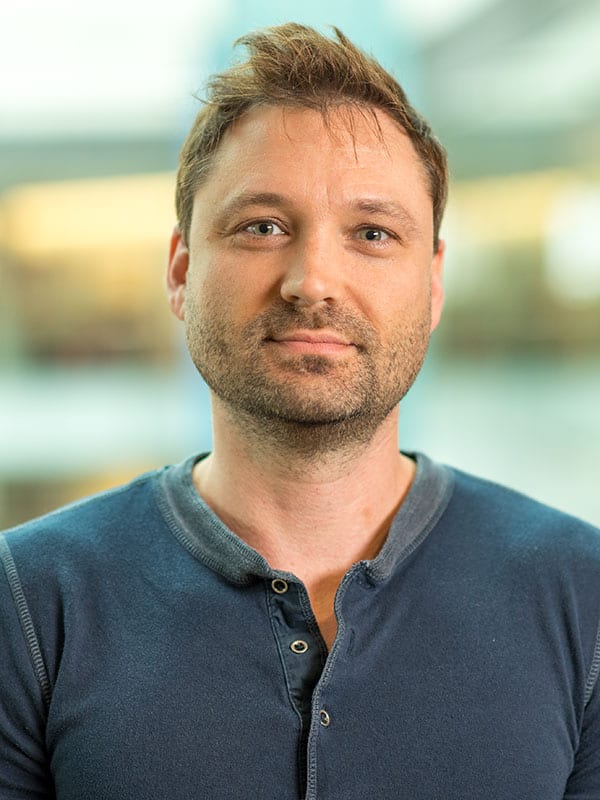 I was not the kind of person who always dreamed of being a scientist since the age of five. For me it began with people seeing things in me that I didn’t, at first, see in myself.

When I was a freshman in Alaska, I aimed for a business degree because it sounded practical. However, as fate would have it, my friend was taking a microbiology course in a room right next to one in which I was taking a business math course. At the end of class I would pepper him with questions, utterly fascinated by all the things he was learning. Halfway through the semester he asked, “Why on earth are you taking business?” A light bulb went on in my brain, and I switched majors to biology.

Then I thought I should go to medical school because that’s what everyone does with a biology degree. But in the final semester of my senior year, my molecular biology professor asked me to do a summer internship in her research lab, because she had a hunch that I might like it. Within the first two weeks I was hooked, so I switched away from med school, and have been involved in scientific research ever since.

My current research is focused on two core biological questions. We want to know how stem cells reproduce and how they organize themselves into a tissue or organ.

The ability of stem cells to reproduce, a process called self-renewal, is key to generating and regenerating tissues and organs. Through self-renewal, stem cells are able to produce enormous quantities of daughter cells, which are the raw materials used to make all the parts of our bodies. In particular, we are studying self-renewal in the cardiovascular system, because cardiovascular diseases are the number one killer worldwide.

Producing enormous quantities of cells through self-renewal is the first step towards making tissues or organs, but it’s not the only step. A second, equally important step involves organization. Simply throwing a bunch of cells together won’t turn them into a tissue. They have to come together at the right time and in an organized way.

It’s like making cookies. You first combine butter, sugar, flour, and eggs to form a dough, then you bake the dough, and then ta-da! Fresh warm cookies. But now suppose you do things out of order. You bake each of those raw ingredients separately and then combine them together. The result isn’t a cookie. It’s scrambled eggs with sugar on top.

In the same way, during development our cells come together at the right time as raw ingredients and then mature or “bake” into functional tissues and organs.

In our group, we’re trying to figure out the right time and method to put blood vessel cells together so they form a functional vessel. With a little luck, I think our studies of self-renewal and tissue organization will yield some pretty cool working models of human arteries within several years. We will use the models to answer questions about cardiovascular diseases, as well as discover and test novel therapies to treat those diseases. Looking even further ahead, we hope to ultimately grow healthy arteries to replace ones that are diseased or clogged.