Philip Bourne believes the next great advance in healthcare may come from PlayStation gaming enthusiasts. 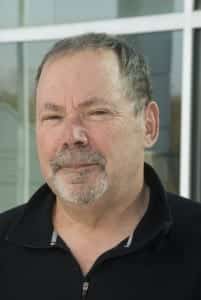 Or it may come from a computer scientist, a statistician, an applied mathematician, or even a citizen scientist. That’s one of the game-changing features of the National Institutes of Health’s “Big Data to Knowledge” (BD2K) initiative, which brings together computational and biomedical talent to develop new health solutions.

Bourne, who since 2014 has served as the NIH’s first associate director for data science, will give the keynote address June 30 at the annual research retreat for Wisconsin’s own big-data center, called the Center for Predictive Computational Phenotyping (CPCP). One of 12 funded nationally by NIH, the center is led by the University of Wisconsin-Madison, the Morgridge Institute for Research and the Marshfield Clinic Research Foundation.

Bourne will speak from 8:45 – 9:45 a.m. in the DeLuca Forum of the Discovery Building, 330 North Orchard Street. Presentations on a variety of UW-Madison projects will follow throughout the day. The event is free and open to the public, but registration is required.

“What we’re looking for in BD2K are research developments that feed back into the American healthcare ecosystem,” says Bourne. “We want outcomes, whether it be software or reference datasets, that can be made as functional as possible for clinicians and caregivers.”

The two most important factors in BD2K’s success are data accessibility and new tools to make that data serve the healthcare industry, Bourne says, and he described several interesting projects under way.

One center is pulling together two large data sets in American cities — motion data collected from smart phones, and city-wide data on body mass index (BMI) of residents. That data is then matched with information from the restaurant application Yelp! to determine the concentration of different fast food restaurants in those cities. The project shows a strong correlation between population mobility, body mass and the food options available in those communities.

“This notion of smart cities and healthy cities has great potential,” Bourne says.

Another center is using sensor technology to predict early conditions and risk of heart failure. A third center is looking at a large cohort of MRI images and genomic data to look at the connections between genetics, neurological decline and addiction.

The PlayStation reference is real. Bourne described a conference where participants spent the day experimenting with different gaming ports and applying avatars, virtual reality and visualization techniques to health questions.

“After a day with these gaming experts,” Bourne says, “I’m completely believing that they could change the world.”

Closer to home, CPCP is developing ways to model and predict phenotypes — physical characteristics determined by our genes and environment — in order to improve human health. Examples include: