Dave Pagliarini, a University of Wisconsin-Madison associate professor whose departmental home put metabolism research on the map worldwide, will help define the future of Wisconsin metabolism science as a lead investigator at the Morgridge Institute for Research.

Pagliarini joins Morgridge from the UW-Madison Department of Biochemistry, which is home to some of the foundations of metabolism discovery, from vitamins and enzyme function to mitochondria’s role as a cellular engine. He emerged from a national search conducted this year and will help build community across as many as 200 UW-Madison scientists conducting metabolism related research.

In partnership with UW-Madison, Morgridge leaders identified metabolism as an area of vast potential for growth and partnership. Known as the “chemistry of life,” metabolism is not only a core driver of how cells survive or falter, but is linked to debilitating diseases such as diabetes, Alzheimer’s and cancer.

As Morgridge’s metabolism director, Pagliarini will be charged with hiring cutting-edge new research talent, creating a central hub for collaboration across the field, and ensuring core campus research facilities and technologies reach their fullest potential. 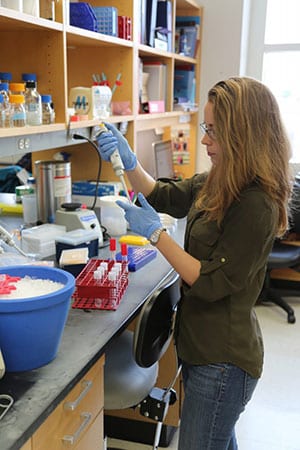 “A real driving force behind the renaissance in metabolic research is the realization that ‘textbook metabolism’ is just the beginning,” Pagliarini says. “New discoveries are revealing that this space is unexpectedly very wide open. Through this initiative, we seek to lead the exploration of this space at its most fundamental, mechanistic levels, knowing that basic science approaches tend to deliver the most impactful discoveries in the long run.”

Adds Brad Schwartz, CEO of the Morgridge Institute: “Dave really stood out among metabolism researchers nationally as someone who is doing very important, highly innovative and creative research. He has all the personal characteristics and values that make him an excellent fit for Morgridge and the perfect person to help Madison achieve greatness in this field.”

Brian Fox, chair of UW-Madison biochemistry, says Pagliarini has the talent and style to thrive in this position. He made a big impact early as an assistant professor, Fox says, as part of a National Institutes of Health Protein Structure Initiative. Pagliarini co-directed the NIH Mitochondrial Protein Partnership and, in conjunction with his lab’s other efforts, quickly became a nationally recognized leader.

“This is just the early representation of the kind of promise he’s bringing to Morgridge,” Fox says. “He’s got a great eye for a problem, he’s very articulate in describing that problem, and he’s an excellent collaborator.”

Pagliarini joined UW-Madison as an assistant professor of biochemistry in 2009, and was appointed associate professor earlier this year. He received his PhD in 2005 in biomedical sciences from the University of California-San Diego and did his postdoctoral training at Harvard Medical School until 2009.

His research centers on the composition and function of mitochondria, tiny cellular structures at the heart of metabolism and energy production.

Pagliarini will move his lab of about 15 full-time scientists to Morgridge this fall, and will look to hire as many as six new principal investigators in the next five years. He says the focus will be on recruiting “rigorous and creative new investigators that embrace a collaborative and interdisciplinary approach to science.”

The Morgridge Institute is a private, nonprofit research institute dedicated to studying biology across the lifespan to benefit human health. Metabolism is the latest in five core research areas housed at Morgridge, including regenerative biology, virology, medical engineering and advanced computing. Morgridge also has focus areas in bioethics and postdoctoral training, and an extensive science outreach program that reaches more than 40,000 participants annually.

“I think Morgridge is a place that will both foster this collaborative work and do it in a way that enables researchers to be a bit more aggressive and adventuresome,” adds Pagliarini. “When that happens, it’s going to bear some great fruit.”