A trio of scientists from the University of Wisconsin-Madison and the Morgridge Institute for Research participated in an international think tank this month on the intersection of genome editing technology and national security.

The Oct. 11-13 conference, based in Hanover, Germany, assembled a global group of bioethics and government experts to address security questions on gene editing as they relate to human health, agriculture and the potential to genetically alter species. Experts from the United States and across Europe, China and India explored ideas for harmonizing gene editing policies across national borders. 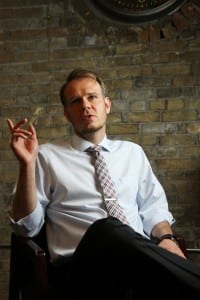 “The promise of this technology is tremendous, as are the potential pitfalls,” says Dietram Scheufele, professor of life sciences communication, Morgridge affiliate and conference co-organizer. “But genome editing is here to stay, not just in medicine, but also in countless applications in agriculture and food systems. The question is how to responsibly roll out various applications in a way that does not unnecessarily slow down innovation.”

The ability to quickly and precisely edit genomes, through new technologies such as CRISPR Cas9, is only a few years old but the technology is moving at remarkable speeds with applications arising in human therapeutics. A number of new clinical trials aim to take cells from a patient, such as blood cells or immune cells, edit them and transfer them back with new power to undermine diseases like cancer or sickle cell anemia.

Scheufele says the rapid development of CRISPR has also fueled speculation about potential military or other more nefarious applications. This includes using CRISPR to produce viruses that can be inhaled to create genetic mutations associated with lung cancer.

“When assessing the security implications of genome editing, it will be particularly important to include the voices of all stakeholders,” says Dominique Brossard, professor of life sciences communication and Morgridge affiliate. “Risk is not only a technical concept that scientific experts can quantify.” 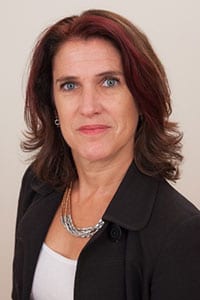 In her keynote speech, Brossard described how public engagement exercises have to go beyond informing and consulting audiences, and should rather co-create the knowledge society needs for emerging technologies

Pilar Ossorio, Morgridge bioethicist in residence and UW-Madison law professor, notes that while human clinical trials are highly regulated, other potential genome editing applications are less so. One area of particular concern are gene drives, a genetic editing technique that could spread genetic modifications within a species. Such modifications could be introduced, for example, in mosquito populations, to attack their ability to carry human health threats such as malaria and the Zika virus.

“There are safety and environmental concerns about releasing an organism that has a gene drive into the wild,” Ossorio says. “But security experts also worry about a gene drive that could be used to gradually poison a food supply, or enable a mosquito to transmit more rather than less virus.”

Assessing the real threats will be difficult with a technology this young, but its relative ease of use and the scope of applications will make it more challenging, Ossorio says. “Gene editing is unprecedented in that it gives us the capability to make hundreds of genetic changes at the same time, and the process can be done in people, other animals and in plants.”

“We cannot envision all of the directions this technology could take.”

In recent highly publicized efforts, scientists used CRISPR to breed pigs that were free of retroviruses that could sicken people, potentially clearing a hurdle for pig-to-human organ transplants. Another project used gene editing to change the color of morning glory petals from purple to white. 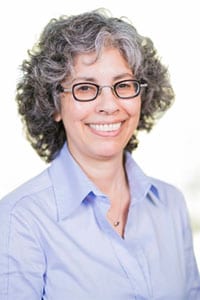 “We cannot envision all of the directions this technology could take,” Ossorio says.

Adds Scheufele: “Many of the potential applications that have been flagged by some as problematic are far from being realistic scientifically. That’s why it’s important to have conversations now, with enough time to involve relevant stakeholders.”

The U.S. National Academies of Science, Engineering and Medicine, and the European Academies Science Advisory Council were among the event sponsors.

The Morgridge Institute is a private, multidisciplinary institute devoted to improving human health, in partnership with UW-Madison. Biomedical ethics is one of its core research themes.