Not all monsters lurk in the closet, hide under the bed, or go bump in the night; in fact, they are all around us.

In basic research, you can find tapeworms who thrive in the intestine of their animal hosts – or the limb-generating axolotl, a water amphibian whose very name means “water monster.”

These creatures’ presence may make us uneasy, but for scientists at the Morgridge Institute, these organisms provide key insights into the world of regenerative biology and the wonders of our natural world.

“We are surrounded by ‘monsters’ that have extraordinary biological abilities and it behooves us to study their remarkable properties,” says Tania Rozario, a postdoctoral researcher in the Newmark Lab at the Morgridge Institute for Research.

Rozario studies tapeworms, the parasitic cousins of freshwater planarians. The tapeworm doesn’t particularly exude warm and fuzzy feelings. With body segments that can grow to enormous lengths – sometimes by the thousands – the tapeworm makes its home in the intestines of animals using its suckers and hooks to anchor itself to its host. 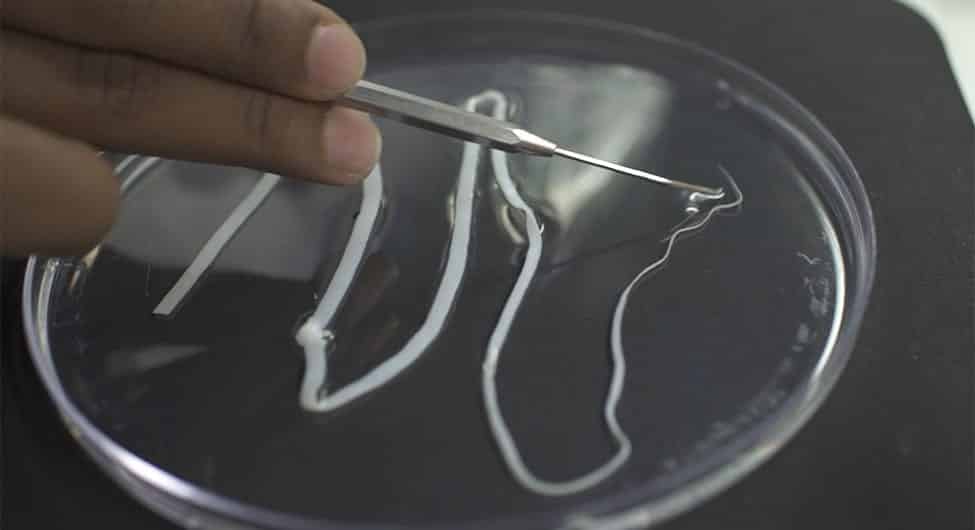 But these monsters have a lot to tell us about the power of stem cells. Tapeworms actually have a remarkable regenerative ability where they can prolifically reproduce. While other organisms possess similar stem-cell induced regenerative behavior, tapeworms are true masters of whole body regeneration – they can grow to enormous lengths making segments that repeatedly regenerate over their life.

“They are so good at regenerating because they maintain a population of stem cells that can receive all the signals that they need in order to actually repattern an animal,” says Rozario. “They are essentially immortal.”

Immortality is a key theme for the axolotl, a water amphibian native to wetlands and canals surrounding Mexico City. With lidless eyes, short legs, and finger-like gills crowning its head, the axolotl makes up for good looks with its regeneration powers. They can grow entire limbs, tail, and even parts of their eyes, hearts, and central nervous systems.

“Among vertebrate tetrapods—things with four limbs—the axolotl is one of the best regenerators out there,” says Jeffrey Nelson, a former postdoctoral fellow in regenerative biology at the Morgridge Institute.

“Among vertebrate tetrapods—things with four limbs—the axolotl is one of the best regenerators out there.” 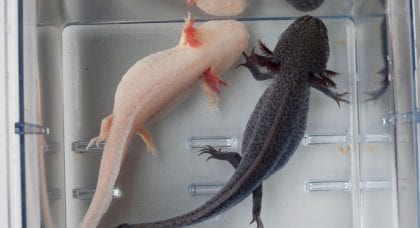 On particular challenge in mammal regeneration is cancer. When massive cell growth is triggered, say by the loss of a limb, there is a risk that this burst of cellular growth can proliferate uncontrollably and develop nefarious cancer cells.

But surprisingly, axolotls do not get cancer at very high rates. They can trigger regeneration and stop it, preventing uncontrolled or cancerous growth. Nelson and his team hope to understand the proliferation control mechanisms axolotls posses to better understand wound healing and cell growth in humans.

Ultimately, these monsters can tell us a lot about the natural world with the promise to uncover secrets to help improve human health.

“We are trying to figure out their secrets with the hope that what we learn will inform new discoveries,” says Rozario. “Where that will take us is really quite unknown.”

From axolotls to zebrafish, this story explores some of science’s classic models, others more unusual, but all with potential for increasing our understanding of biology to improve human health.