Since I last wrote to you, science has been at the top of everyone’s mind — the unknown novel coronavirus, the mystery of the disease’s severity, and the need for a safe, effective vaccine to end the pandemic caused by the SARS-CoV-2.

In spring, Morgridge teams quickly pivoted to respond to COVID-19. Scientists in virology, metabolism, regenerative biology and medical engineering took on new research challenges to help understand the virus and defeat the outbreak. 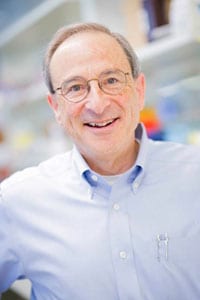 As a private, biomedical research institute we are uniquely positioned to rise to the pandemic’s challenge.

And thanks to donors like you, the institute quickly deployed resources to help scientists tackle coronavirus research.

In this report, you will see how your support is making a difference. Right now, the John W. and Jeanne M. Rowe Center for Research in Virology is contributing fundamental information about how viruses replicate to accelerate discovery on coronaviruses.

And this spring, the Coon Research Group partnered with Albany Medical Center in New York to unveil the molecular signature in plasma of people with COVID-19 and highlight the disease’s range of severity.

You can also read about the effort to move the annual in-lab, on-campus Rural Summer Science Camp into an online experience in response to the pandemic. We deeply missed having high school students and teachers in the Discovery Building, but the new workshop series increased access and provided so many new opportunities for students to talk to Morgridge scientists and imagine their own paths in science.

Those are just three stories made possible by your support.

As we look ahead, it is clear that the eyes of the world and our nation are on scientists and public health experts. Many of you have seen pandemic recommendations and safety guidelines change over these past few months. These changes can seem disconcerting and disconnected, but they reflect what we are learning about a new disease that we hadn’t seen before.

Our reputation as scientists doesn’t depend on always being right the first time. Our reputation relies on the integrity to never stop searching for answers and correcting our knowledge according to what we discover. This is the pursuit of fearless science.

Scientists are constantly building on an often incomplete understanding of how biology works. New information could — and does — change the way we think about something important. Morgridge scientists embrace these challenges because there is always more to understand, learn, and question.

I hope you enjoy this report. And I want to thank you for believing in the pursuit of science that will change lives. Your generosity invigorates us in this journey.

P.S. Your voice matters. If you have any questions about the stories in this report, please don’t hesitate to contact me at giving@morgridge.org.

As a donor, you are:

Donors like you help scientists pursue fearless science. Thank you for supporting biomedicine that will improve human health. With your support, you’re helping fight disease, understand the depths of biology, unlock ways to stop cancer, HIV, and many more disorders.

Science is for everyone. You help many free and heavily-discounted science education and outreach programs for underserved children and families. From afterschool programs to the Rural Summer Science Camp, these opportunities bring the wonders and joy of science to all families. 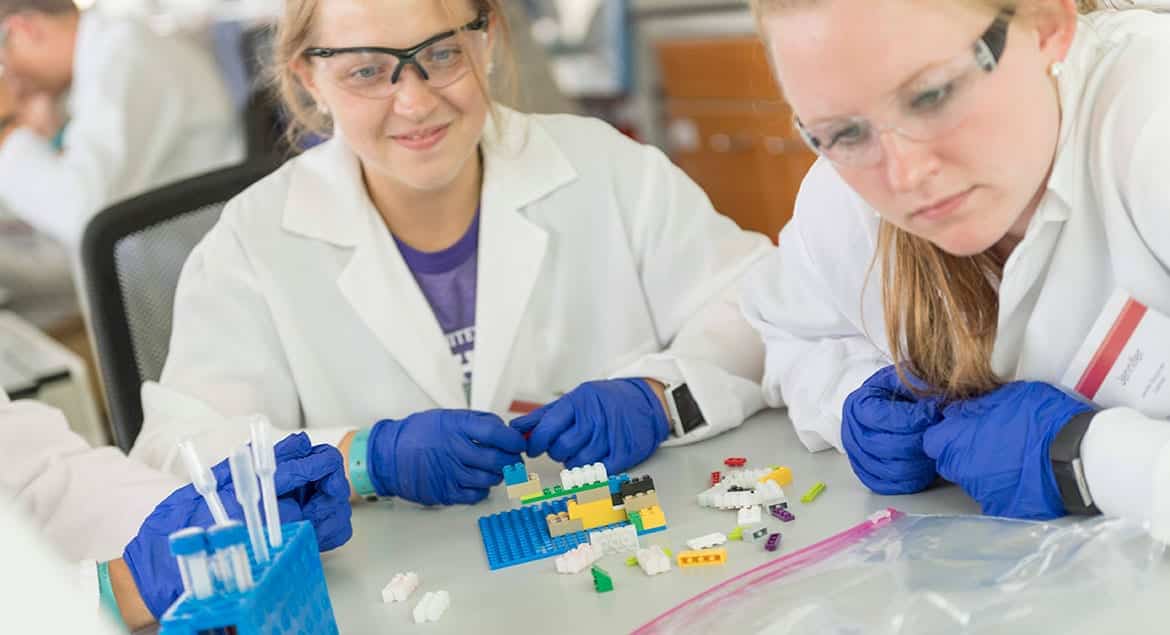 The camp, which typically enrolls 75 high school students and 15 science teachers from rural districts across Wisconsin, invites participants to the University of Wisconsin–Madison for a weeklong camp at the Morgridge Institute for Research.

But the novel coronavirus presented a significant hurdle in spring 2020. It would not be safe to bring students and their teachers to campus for the annual event.

Thanks to support from donors like you, the Discovery Outreach team pivoted quickly. They created an entirely new, digital experience in the Summer Science Camp Workshop Series.

The workshop series, which wrapped up in late July, brought more than 100 students and 15 teachers “faceto-face” to learn online from scientists at the Morgridge Institute. The students and teachers logged on from 18 school districts in the Wisconsin Rural Schools Alliance and the Upward Bound program that focuses on underrepresented and first-generation pre-college students.

While the usual in-person, on-campus Rural Summer Science Camp focuses on hands-on activities, this year’s digital workshop leaned heavily into storytelling and the diverse paths leading toward a career in science.

Over six weeks, the students and teachers clocked 400 engagements with scientists working in the fields of metabolism, regenerative biology, medical engineering, medical imaging, and more.

Through weekly Zoom calls, the students met with scientists, heard their personal stories, and began imagining their own paths into science, says Dan Murphy, outreach and lab manager at the Morgridge Institute.

For many high school students, the annual summer camps are the first time they meet a career scientist.

During the workshop, students could select a morning or an afternoon lecture, and to Murphy’s surprise, many participated in both sessions. The students learned about the latest research at the Morgridge Institute, went on “behind-the-scenes” lab tours, and had Q&A time with the scientists.

“The students saw an example of someone they can relate to. They could see, ‘Oh yeah, that could be me. It’s possible, I can think like that! I can ask questions that I’m curious about,’” Murphy says.

“The opportunity opens up new possibilities for students and gives them the idea that UW–Madison is attainable for anyone,” wrote a participating rural high school teacher. “I am so thankful that this opportunity existed this summer for our students.”

Ross Soens, a graduate student in the Cantor Lab, said the summer workshop was a great way to work on his science communication skills, and to remember where he started as a budding scientist.

“I, too, was once a high school student in Wisconsin, and it was through the efforts of committed and enthusiastic teachers that I found myself on my current scientific career path,” Soens says.

Soens added that science can sometimes seem “out-of-reach” or “too difficult” for a high school student. But he felt committed to showing how accessible science can be. And, Soens says, it’s always fun to tell students about the “awesome science” happening not far from their hometowns.

It’s unclear what the next summer experience will be like, but Murphy isn’t dissuaded.

“It’s going to be something new. And that’s exciting,” he says. “We’ve learned more. We have new connections. We want to continue to expand the opportunities and access to everyone in Wisconsin.”

Lori Martin, a science teacher at Kickapoo High School located just outside the Village of Viola, attended the camp in 2014 with five students. She says the experience propelled her students’ interest in the sciences and helped them understand possible careers — and the ways to get there.

During the 2014 camp, she was wowed by her students’ final poster presentations held on the last day. Martin was so impressed that she incorporated more opportunities for mini-posters or project presentations in her science courses.

“I felt this was my way of implementing some of the summer science camp activities in my own classroom,” Martin says.

That sentiment was also felt by Molly Carlson, a science teacher at Mauston High School, who attended the 2019 camp with six female students. Mauston enrolls just under 500 high school students, with about 40 percent of the families experiencing economic hardship.

Prior to attending the camp, Carlson had created a biotechnology class at Mauston. But she wondered, and worried, if the course was the right fit.

“I didn’t know if there was going to be enough interest,” Carlson says of the biotechnology class. “But after going through the camp, I was like, ‘I need to double down. This is great, authentic, important science.’”

Carlson adds that the summer experiences reinforce exploration and paths to science careers.

“That is super important to help the students visualize themselves and to say, ‘Hey, I can do this,’” Carlson says. 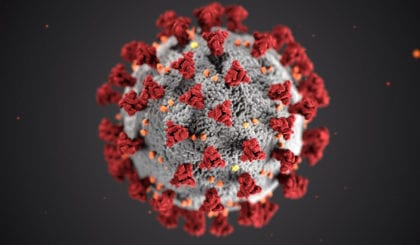 Even as the COVID-19 pandemic forced biomedical labs around the nation to scale down, many scientists at the Morgridge Institute are taking on new research challenges to help understand the novel coronavirus and defeat the viral outbreak.

Donors like you provide critical, discretionary support in times of need.

Private support is a lifeline that helps scientists move quickly and safely into COVID-19 research.

Because of you, the Morgridge Institute has teams working on many aspects of the novel coronavirus, and we cannot thank you enough for the trust you’ve placed in us.

Here’s a look at some of the projects underway made possible by your support.

A wake-up call for the need for new antiviral weapons

Given the death toll and multi-trillion dollar costs of COVID-19, it’s not hyperbole to suggest that an effort on the scale of the Space Race is needed to break the cycle of viral pandemics.

In the center of the COVID-19 pandemic, many hospitals are racing to maintain quality care for patients with severe disease while facing a shortage of resources and limited understanding of the novel coronavirus. 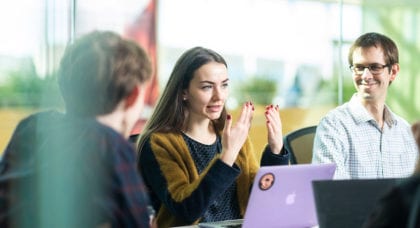 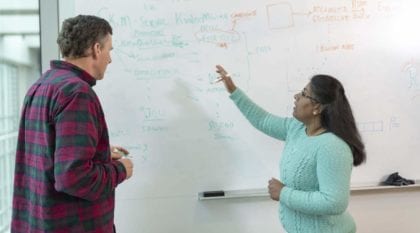 Could pre-existing conditions hold the clue to new COVID-19 drugs?

The deadliest cases of COVID-19 often arise in patients with a variety of pre-existing conditions, known to medicine as “comorbidity.” A Morgridge Institute for Research project will investigate those disease relationships in the search for new drug treatments. 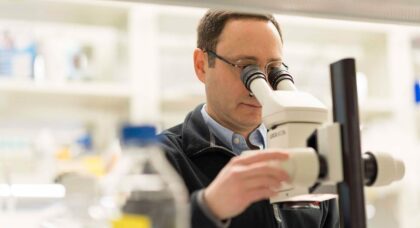 A Morgridge Institute for Research project intended to shed light on planarians — remarkable flatworms capable of almost limitless regeneration — is being repurposed to focus on the novel coronavirus causing COVID-19.

When you establish a planned gift, you help inspire the next generation of scientists. Planned gifts through an estate or annuities help support science education and outreach activities, like the Rural Summer Science Camp.