An interest in endangered species led scientist James Thomson to make one of the world’s most profound scientific discoveries. 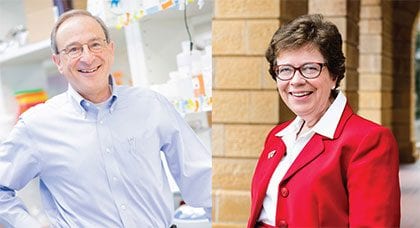 In 1998, for the first time, Thomson successfully cultured human embryonic stem cells, which are pluripotent – capable of becoming nearly any of the 200 different cells types in the body.

The discovery opened entirely new pathways for exploring basic human biology and treatments for some of humanity’s most intractable diseases.

Thomson, director of regenerative medicine at the Morgridge Institute for Research and a professor of cellular and regenerative biology at UW–Madison, made the discovery not because it was what he was looking for, but because he wanted to help preserve disappearing populations of great apes.

Science is full of serendipity; it just takes the right kind of scientist to see it.

For example, in 1928, Alexander Fleming noticed a culture of harmful bacteria was killed when a common mold began growing on the plate. That mold made what we now know as penicillin and the world was introduced to antibiotics.

Serendipitous discoveries also require risk takers. Thomson’s work was uncharted territory. No one knew whether it would pay off, and Thomson himself was skeptical stem cell research would amount to much outside of the scientific community. 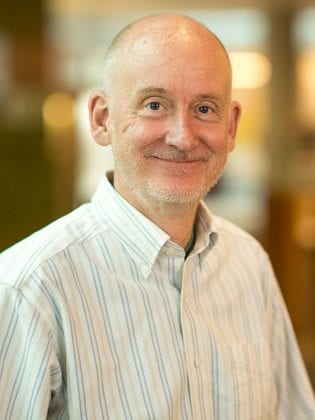 And it was challenging to pay for – the federal government banned funding for research studies using human embryos. But in the mid-1990s, the biotechnology company Geron Corporation stepped up with the financial investment for Thomson’s early work.

Today, pharmaceutical and biotechnology companies across the globe are investing huge sums in stem cells for their potential to treat human diseases and aid in drug development. There are nearly 20 pluripotent stem-cell-related clinical trials underway all over the world, with aims to cure or treat everything from heart disease to Parkinson’s and diabetes.

Stem cells have spawned a number of companies, private and publicly-traded. Many are Wisconsin-based – spinoffs that grew out of Thomson’s discovery, such as Cellular Dynamics International Inc. and Opsis Therapeutics.

The five original cell lines Thomson isolated have been distributed 5,200 times to 2,350 investigators at 82 institutions in 45 countries.

Since 2005, the patent-granting arm of UW–Madison and Morgridge, the Wisconsin Alumni Research Foundation (WARF), has executed more than 70 commercial licenses to 47 individual entities, and obtained nearly 290 patents related to stem cells.

The investment in stem cells has also been an investment in people. Thomson tells us how critical it was that UW–Madison allowed him the freedom to explore a big idea, with no promise of reward or a particular return on investment.

Today, stem cell research helps employ more than 600 faculty, staff and students on the UW–Madison campus alone. It attracts top talent to Wisconsin from across the globe and generates cutting-edge opportunities for students.

As we look back at the last 20 years, we also think about where discoveries like this might lead. Thomson’s work began as an effort to save endangered species. It may someday soon save human lives. 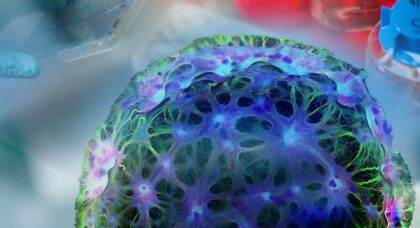 In November 1998, the journal Science published James Thomson’s groundbreaking work on embryonic stem cells. There has been 20 years of progress since the initial discovery spawned a new field of research, and tremendous potential exists for the future. We reached out to the people who lived it, and they shared the experiences in their own words. This is their story.

Out of left field: Thomson looks at discovery and the future of science

James Thomson, the UW-Madison biologist whose stem cell discovery 20 years ago opened fascinating and promising new avenues in science, took time to discuss his thoughts on the breakthrough and what the future holds for the field of regenerative medicine.

The Rural Summer Science Camp has seen more than 500 rural high school students and teachers since its inception in 2007. Campers learn about stem cell science, medical engineering, epigenetics, bioinformatics and more while engaging with and immersing themselves in the work of active researchers at the Morgridge Institute for Research and UW-Madison.

Just as blood banks are essential to medicine, the Thomson Lab hopes to see the advent of artery banks that give surgeons a better, readily available material to replace diseased arteries. The lab is using pluripotent stem cells to grow the cellular building blocks of the artery — endothelial and smooth muscle cells — and coax them into assembling into arteries that can grow and thrive in a majority of patients.